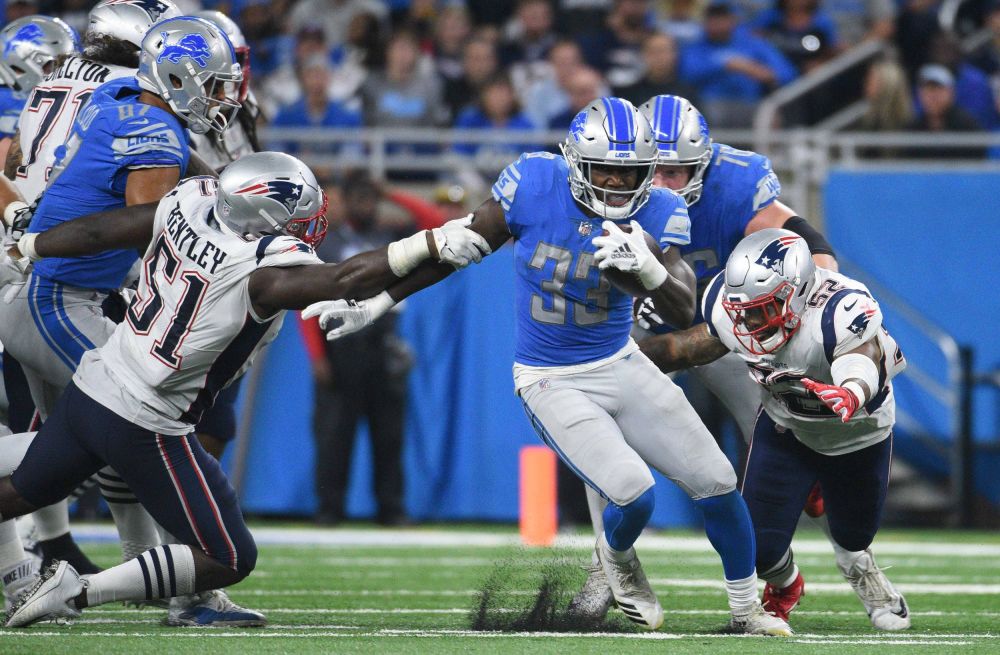 Hello to all the readers out there! For those of you who might not know me, my name is Adam Strangis. I’m the other Adam on the RotoCurve Podcast and have been invited to write a weekly article for the site as well! I’m an avid DFS and fantasy player and will be trying to steer lineups in the right direction for the rest of the NFL season!

Welcome into the debut article that will be focused on finding some value plays every week for NFL DFS! The goal here is to highlight players that are either miss-priced or have some factors working in their direction for the upcoming week.

The general goal is to unearth some gems that can get you around 2.5 to 3x return on their salary so without any further ado, let’s get to it!

I’ll save you the hassle of talking about Baker “Money” Mayfield again because you’re likely sick of hearing Adam and I talk about him. He’s still a great play in Oakland but a very nice pivot from Mayfield and Andy Dalton in Atlanta is Ryan Tannehill. Going into Foxborough is no easy task but the Patriots defense isn’t scaring anyone right now. They have allowed the 10th most passing yards in football through three weeks and are tied for the third most touchdown passes allowed. Tannehill is guiding this Miami offense to the 11th most points so far and he’s quietly thrown seven touchdowns while racking up a 121.8 passer rating. The scary part is he’s yet to throw more than 28 times in any single game. Tannehill is only going to cost you roughly about 11 percent of your salary cap on either site. If the Patriots offense figures out what they’re doing and starts putting points up, the Dolphins are going to need to throw to keep up with Tommy Touchdown. Only two games have a higher over/under on Sunday so Vegas certainly seems to think this game could be a potential shootout. Tannehill is priced as a game manager and could be one of the best values on the board.

This isn’t just about chasing Johnson’s breakout game on national TV this past Sunday night. While he showed off his full set of skills in taking apart the Patriots linebacking corps, he now gets a matchup with the Dallas defense that will be missing Sean Lee. Last year, teams rushed for 1.3 more yards per carry and Dallas is allowing eight receptions a game to running backs. Johnson has yet to see 50 percent of the snaps but he’s seen his touches raise every week, going for eight to 13 to 18 touches this past week. This week could easily be the week he breaks the 20 touch barrier in what is now a fantastic matchup against the Cowboys defense. In addition, Dallas is only averaging 13.7 points per game this year. The chances of them running away with this game are slim, meaning Theo Riddick shouldn’t have a big role. Johnson and LeGarrette Blount both had 18 touches last week and Johnson had 110 total yards to Blount’s 65. It’s clear who the best back is in MoTown and Johnson is far too cheap this upcoming Sunday. Sony Michel is now likely to be chalky with the Patriots putting Rex Burkhead going to the IR but I believe Johnson is just as good a play.

I will be the first one to say that Ekeler is more attractive on DraftKings this week since he’s a lower percentage of the budget and DK is full PPR. Seeing as how Johnson and someone like Sony Michel is right at the same price range, Ekeler could fly under the radar but he shouldn’t. The Chargers are the highest favorite on the slate since the 49ers lost quarterback Jimmy Garoppolo. San Francisco has given up the 12th most points to running backs but the weak link in that stat is they’ve allowed the fourth most receptions to the running back position. Ekeler and Melvin Gordon have combined for a 32 percent target share so far and if the Chargers get out to a lead, they may take it easy on Gordon. Of course, he’s going to get his but maybe the snaps get closer to the 60-40 split we saw when they smoked Buffalo in Week 2. Ekeler got 14 touches in that game and could see something similar this week.

Well, it looks like I’m going to get to talk about Baker for at least a little bit. Callaway is a talented receiver that would have been a much higher pick in the draft if it wasn’t for off the field issues. Now that Josh Gordon is in New England, he’s the number two receiver in the offense and saw 10 targets during the Thursday night game. His price is incredibly low for his role target-wise and he carries the highest aDOT(16.6 to 11.7 for Jarvis Landry) of all Cleveland receivers. Despite having a rough game with drops and iffy routes, Callaway was on the field for a career high 89 percent last week. Oakland is struggling defending the pass and can’t get pressure on the quarterback. If the Raiders can’t get to Mayfield, he’s going to be able to find Callaway deep down the field, as a familiar face points out –

Five of Antonio Callaway's 15 targets have been 20 yards or more down the field (33 percent). #Browns

At his price point, a stat line of 4/60/1 smashes his tag and the ceiling is much higher for Week 4.

This is a very important game for the Green Bay Packers. They would be winless if it wasn’t for Aaron Rodgers bringing them back from the brink Week 1 and they find themselves up against a feisty Buffalo defense. The best player on that unit is corner Tre’Davious White, who basically negated Vikings receiver Stefon Diggs on Sunday. It would be a safe assumption that he’s going to try to do the same to Davante Adams and that means I want to play Allison in some spots this week. He’s produced more yards and touchdowns than Randall Cobb on fewer targets so far and he’s almost doubling the aDOT for Cobb. He also has the highest catch rate on the Packers so that’s a quick way to earn the trust from Rodgers. In three games, Allison has drawn at least four targets, racked up a minimum 64 receiving yards and found the end zone twice. He’s the cheapest part of the passing attack on both sites and is starting to feel relatively safe, despite being the “third” wheel in the passing game.

I had originally been on Goedert only if Alshon Jeffery remained out for the Eagles but I’m starting to shift my opinion on that. Jeffery has been cleared for contact but his status is not yet known for Sunday. Even if he plays, Goedert is a worthwhile target since he saw his snaps skyrocket over 60 percent this past week. What was very interesting was he spent over 40 percent of his snaps in the slot. My assumption was Goedert may have been used as an extra blocker but that does not appear to be the case. With or without Jeffery, the Eagles have very little depth at wide receiver. Goedert ran 22 routes last week compared to a total of six during the first two weeks. The usage spike seems like it should continue as it gives the Eagles a different dimension and they might struggle to run the ball against the Titans. Coach Doug Pederson actually made a point to say Goedert has improved his blocking, which should lead to more opportunities to be on the field. Some of those snaps will be spent blocking but 25 or so routes against defenses that are focused on other players is a gold mine at a position starved of solid plays.

CHECK OUT THE TERRIFIC NFL OFFERINGS FROM ROTOCURVE HERE