A brand new week of NFL football kicks off tonight between the Cowboys and the Saints which means it’s time to get those DFS lineups in order. Only one game means targets will be shared pretty highly across the board, but that doesn’t mean there aren’t a few valuable starts to find. Take a look at who we’ve got our eye on for this matchup.

Taysom Hill – The Saints offense suffered in the past few weeks however tonight Hill is back to take the reigns at QB. He still isn’t the top option on the roster with Jameis Winston still sidelined however he brings with him a versatile skill set capable of bringing tons of fantasy value. His listed salary is lower on Fanduel making this a start that you can expect nearly 3x the return on however on DK his salary increased and his expected return drops. Nevertheless, he is still utilized in 100% of our lineups across the board and given his duel threat capabilities consider it a start with tons of upside. The Cowboys allow nearly 400yds of total offense top their opponents per game which sets up very well for the Saints who are looking to right the ship and finish their season on a positive note.

Dak Prescott – Typically we try not to list the chalkiest plays on the board but tonight a QB stack only makes sense. Prescott is the most expensive option on the board tonight but for good reason. The Saints tend to lineup in man coverage frequently, to be exact nearly 40% of the time. This is extremely favorable for Prescott who ranks 2nd among qualifying QBs against Man coverage with 14 passing TDs, 4th in passer rating at nearly 125, and 10th in yards per attempt with 7.8. This is a recipe for a dominant fantasy performance and because of this he has also been included in 100% of our lineups across the board. We recommend this as an extremely safe option tonight.

Dalton Schultz – A little off the beaten path but we think Shultz is in a great spot to produce tonight. All season long he’s been a top producer at his position and tonight he’s up against a bottom of the barrel unit when it comes to defending TEs. He’s listed pretty reasonably and although he’s not projected to return the most in fantasy production, you cant deny his knack for finding the spotlight in primetime. Last week on Thanksgiving, he was only about to generate 3 receptions but each went for at least 10yds and he even found the endzone on one of them. Back in week 3 against the Eagles on Monday night, he had his best game of the season with 80yds and 2TDs. Some players just preform at a higher level under the bright lights and tonight Schultz is in a good spot to continue on as he has been. We’ve only included him in about 25% of our lineups but think he’s a good dart throw tonight. 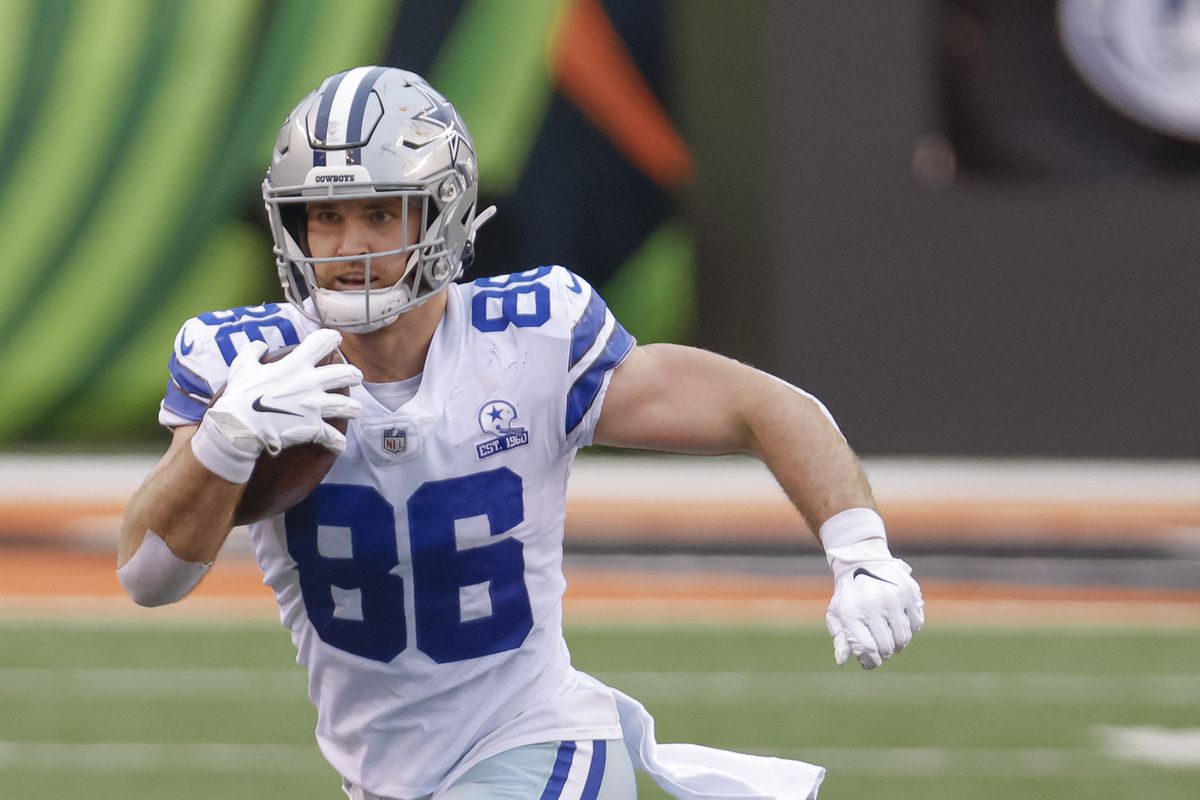