Week 10 gets underway tonight with monday night football between the Ravens and the Dolphins. The spread on this one is set at 8.5 and the total is on the rise but currently sitting at 46.5. I think if you surveyed 100 NFL fans, they’d all give you the same answer in regaurdless to who going to win this game making it quite the David vs Goliath matchup to start the week. However the nice thing about DFS is that we don’t care who wins and loses here, we just want to know who is going to score the points. Take a look at a few of the guys we think will be key fantasy producers tonight and could potentially win you a contest.

Jalen Waddle – Waddle is being targeted for a high percentage of our lineups on both FD and DK for a few reasons. The Ravens defense has a reputation for being one of the best in the league although this year that’s not necessarily the case. They rank 2nd to last in the entire league when it comes to allowing yards through the air giving up north of 280 per game and this sets up well for a receiver like waddle. The quarterback situation in Miami is up in the air but regardless of who is taking the snaps, Waddle is probably your best bet if you’re looking to generate points from this side of the ball. He’s a much better start on DK where he’s only listed with a salary of $5,500 and is expected to produce over 2.5x that amount. On FD he’s listed a bit pricier but has still made his way into a decent percentage of our lineups. Target him for your contests tonight!

Mark Andrews – Andrews has had his games this season but by no means is producing at the level he was in previous ones. This game is a good opportunity for him to reignite some of that magic. As I mentioned, the Ravens are the 2nd worst team in the league at stopping the pass and just below them at 3rd worst are the Miami Dolphins. They allow just 6 few yards through the air per game which sets up nicely for Andrews who is the Ravens most dangerous receiving target. We’re projecting a big return on salary investment tonight for him and although he may be targeted by a higher percentage of people, he’s still worth a look. He’s made the cut in about half of our lineups on DK and slightly less on FD and recommend him as a good target. If you’re playing Lamar Jackson, definitely stack with Andrews.

Mack Hollins – We’re going to get greedy and try to pick on the Ravens secondary a little bit extra tonight. Mack Hollins is an under the radar start with a big upside. Again the QB situation in Miami is dicey, it could be Brissett to start and tua in the 2nd half but either way they’re going to need to pass to beat the Ravens. Hollins is even less expensive than waddle and is projected to do just as much. This is an awesome dart throw in GPP contests after you’ve stacked up the more expesive names and somebody who could easily help you cash your contest if he produces to his potential. We’re expecting sneaky good game for hollins and have targeted him in a decent percentage of our lineups. 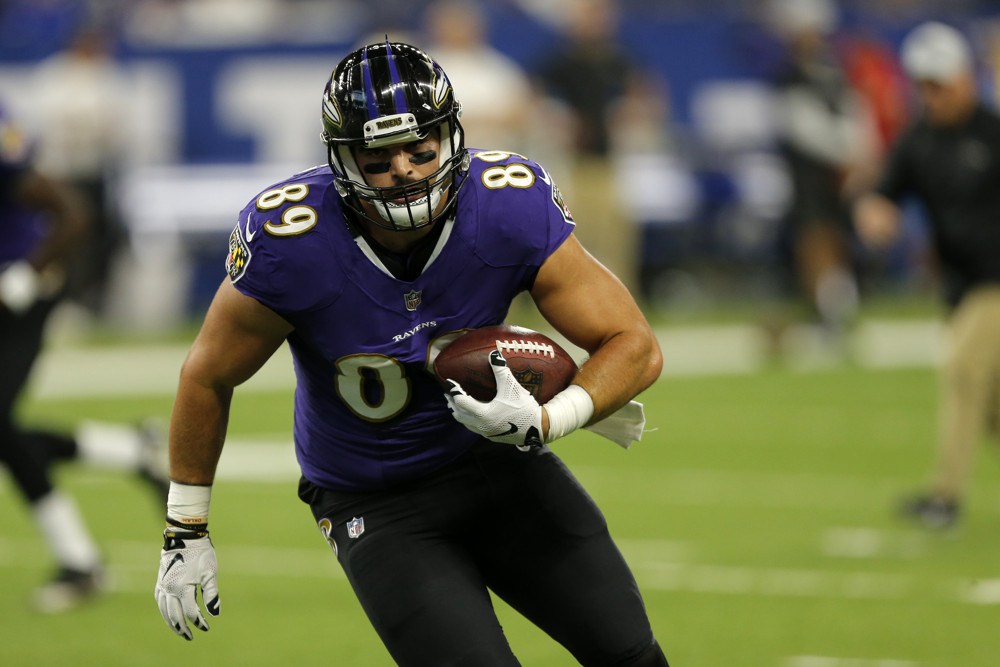