The Race Is Over: Pascal Siakam Is The NBA’s Most Improved Player 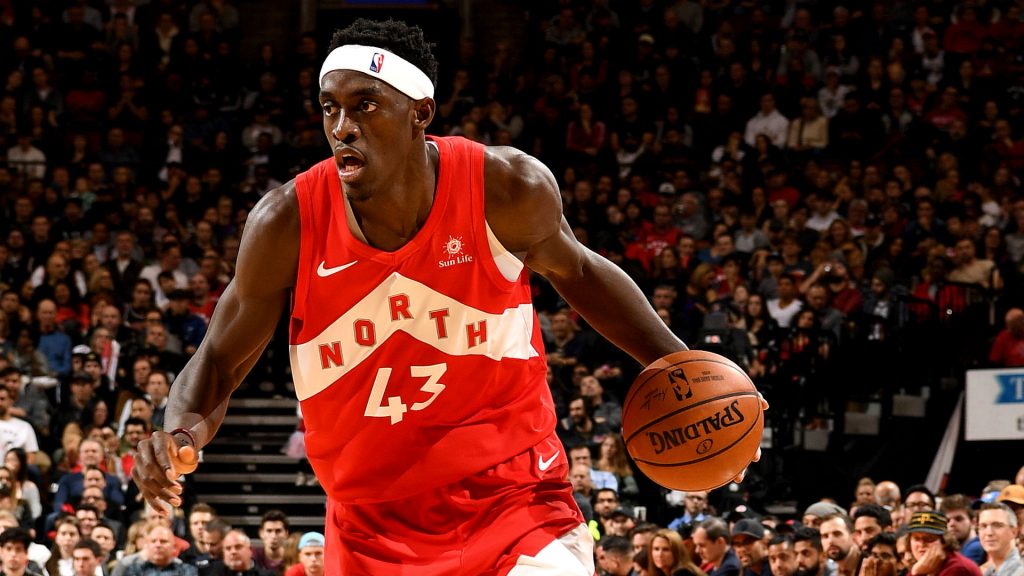 He stepped to the free throw line in Toronto on Wednesday night, looking to add to his impressive stat line. The Raptors pulled away from the Washington Wizards after huge third and fourth quarters and MVP chants echoed throughout the Scotiabank Arena.

They were not, however, for Kawhi Leonard.

Pascal Siakam has easily been one of my five favorite players to watch all year long and that continued last night. With Leonard and Fred VanVleet out of the lineup on Wednesday, Siakam took the reigns of the Toronto offense and had a career night, exploding for 44 points on 15-of-25 shooting. He also added 10 rebounds, two assists and three blocks in 33 minutes. What made his performance even more impressive is the fact that he did it in a variety of ways. Siakam went 4-for-5 from beyond the arc, 10-of-12 from the line, scored 22 points from the painted area and continued to push the ball up the floor and initiate the offense. He was lights out on corner threes and consistently took advantage of mismatches in the post, showcasing some impressive power spin moves down there. The Raptors ran through their third-year star, as Siakam had a usage rate over 40 percent in this game and he did it all, which has essentially been what he’s doing all season long. I already had him pegged as my pick for Most Improved Player for the 2019 campaign before last night’s career night, but the showing only solidifies the choice. Don’t get me wrong. There are plenty of other extremely viable candidates. Montrezl Harrell is enjoying a breakout season, averaging 15.9 points, 6.7 rebounds and 1.4 blocks per game in just over 26 minutes off the bench. Another sixth man, Domantas Sabonis has remained extremely efficient, averaging nearly a double-double (14.1 points, 9.2 rebounds) off the bench. And John Collins has shown flashes of becoming one of the league’s next great big men in Atlanta. However, Siakam has transitioned from decent role player, to very capable sixth man to a key cog in Toronto’s Eastern Conference run.

The award is his to lose.

Spicy-P is now up to 16.1 points, 7.0 rebounds, 2.8 assists and a steal per game this season, while shooting 55 percent from the field. Obviously, those are all career-highs when your minutes jump from 20.7 to nearly 32 per game. But he’s just been a much more complete player in year three, as his three-point percentage has climbed from 22 to 34 percent. He’s been even better from the corner, where he is shooting around 40 percent from three-point land. And while he hasn’t transformed into LaMarcus Aldridge or Joel Embiid, Siakam is averaging nearly two more post ups per game than he did in 2017, while shooting 39 percent off the play type, a number that was at 33 percent a year ago. We would often see him grab a defensive rebound and occasionally push the ball up the floor last year but now he’s doing it even more, while adding a serviceable three-point shot and post game to his arsenal. And at 6’9″, 230 pounds, he will always be looking to slash and attack the basket. Siakam is shooting over 58 percent off drives this season, up seven percent from a season ago. Offensively, he’s just been more efficient, more aggressive and more confident than ever before, especially when Kyle Lowry or Kawhi Leonard are out. It shouldn’t really surprise anyone that Siakam’s two-best scoring outbursts have come with Leonard sidelined. He scored 33 against Atlanta and, of course, 44 last night against the Wizards. Obviously, he is going to get more shots in these scenarios but the fact that he had a 40 percent usage rate last night tells me that Pascal knew the game was his, and he took it. 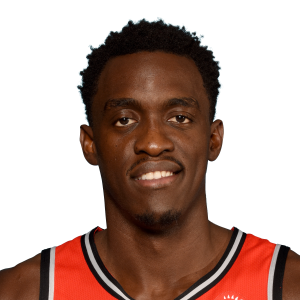 With Kawhi and recently traded Jonas Valanciunas off the floor this season, Siakam is sporting a 24 percent usage rate. He is also more active on the glass, posting a 14 percent total rebounding rate. And in nearly 200 minutes with both Lowry and Kawhi off the floor, that usage rate jumps to nearly 27 percent, while averaging nearly 1.30 fantasy points per minute, a metric that shows how engaged and efficient a player can be. And with those two off the floor, 29.7 percent of Pascal’s shot attempts are coming off drives, which, given his frame, is still his best bet to put points on the board, but his improvement in the post game and three-point range have been monumental towards his ascension.  Per NBA.com, last night was the seventh different time Siakam has eclipsed his career-high in scoring, which is a perfect number to show just how much better he’s been here in year three.

Defensively, Siakam has been just as, if not more valuable. With his size and athleticism, he can defend all five positions as well as most players in the league right now. He is currently 22nd in the NBA in defensive win shares and 21st in real plus-minus (3.64), which is a player’s estimated impact on team performance and per 100 offensive and defensive possessions. When the Raptors played against LeBron James and the Cavaliers last season, they would often use Siakam to guard him. Of course, it didn’t really work, but he is someone that theoretically profiles well to guard some of these dangerous wings, although, that will be Kawhi’s job come playoff time. Opponents are shooting just 40.1 percent on field goals that Siakam defends this season, which is actually the seventh-best rate among players who have logged at least 30 games this season and have been in a starting lineup. According to Cleaning The Glass, Toronto has a +32 expected win share with Siakam on the floor, which is the sixth-highest mark among qualified players. He is constantly hustling to make sure the opposition doesn’t have open shots, as only Draymond Green and Victor Oladipo have contested more threes per game than Siakam’s 4.8, while contesting nearly 11 total shot attempts per game over the course of the season. Since the start of last season, Siakam has gone from an intriguing and capable defender with promise to one of the better ones in all of basketball, only adding to his legitimacy for the Most Improved award.

Toronto is 13-3 without Leonard this season and the emergence of Siakam has been a huge reason why. And those aren’t wins over the bottom-dwellers, either. With Leonard out, the Raptors have defeated the Warriors, Jazz, Lakers, Clippers, Pacers and Kings, of note. Kawhi is still the best player on this team but Pascal, especially with Lowry being so passive this season, might have jumped to number-two. He’s been that good and gives Toronto so much versatility on both sides of the ball. At just 24-years old and in a great situation, he is only going to get better and could make Raptors fans feel a little less demoralized if Kawhi does decide to leave this summer via free agency. As a team, Toronto really doesn’t have a weakness. They have a star player, an All-Star caliber point guard, an elite defense, good coaching and strong depth.

Oh. And they also have the NBA’s Most Improved Player.

Thrive is the new way to play DFS

Pick Your Side Of The Props!

Make A Lineup In Minutes. Pick 10 Out of the 20 Total Player Prop Options.

Rack Up Points When You Pick the Correct Side!

– Make a bet and/or enter a few contests!

– Email [email protected] with your Thrive username and RC username, and if you have deposited and played on Thrive, we’ll give you a free week of RotoCurve NBA Access WITH Optimizer. If you are confirmed, we will then grant access.

Notice: If you do not deposit at least $20, you will not be eligible for the promo.