Using the help of our MLB optimizer, we’ve narrowed down where the value is across all DFS platforms for game 2 of the NLCS. Based on those projections, these are the players we recommend you start in your lineup. Fair warning, our numbers heavily favor the west coast tonight.

Will Smith – Smith has been one of the main source of production throughout the post season and you’d expect nothing less from the Dodgers cleanup hitter. Though he is only maintaining a .280BA so far this post season, he has acquired numerous extra base hits and has racked up the RBIs to go along with this. Tonight he’s facing Ian Anderson who has been decent this season but could be in for a long night against this Dodgers lineup. tonight we are expecting to smith to provide 1.93x the amount of production to the table than the amount your going to pay for him and as a result he is utilized in 99% of our optimal Fan duel lineups. Of those lineups, he is used as the MVP in more than half. we recommend targeting him for your DFS lineup tonight.

Cody Bellinger – This may be the biggest DFS steal in the MLB game tonight. On Fanduel Bellinger is only listed with a salary of $5,500 and we’re projecting he could score anywhere from 10-12 points. With the potential to produce 1.87x as much as he’s going to cost, he has made his way into 80% of our optimal lineups. Bellinger hasn’t exactly had a standout season but has absolutely turned it around in the post season. He has maintained a .333 BA and a slightly higher OBP. Factoring in the pitching matchup, we’d suggest considering #35 on the Dodgers as a viable DFS start.

Mookie Betts – Mookie is going to round out the trio of Dodgers we are targeting for our lineup in Game 2. He has been the most productive Dodger in the post season with a BA of .393 and and a more than servable OBP for a leadoff batter. This is a pretty reliable start and as a result he is priced accordingly. Keeping this in mind is important in understanding why he has only made it into about 59% of our lineups. He is still expected to produce in the range of 11-12 and you can probably count on opportunities to steal points on the base path as well. Maybe one of your more expensive targets tonight, but still worth it nonetheless. 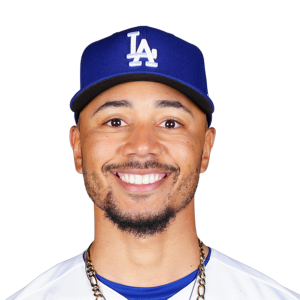