The NHL is going to take the spot light in professional sports tonight which means it will also be the main DFS focus. Across the board we have a 10 game slate to look at which means the selection of players that could be included in your lineup is huge. It’s a great night for GPP contests if you can find an under the radar target with a high upside and that’s what we’re looking at here. Check out the guys we’re targeting in our contests.

Evan Bouchard – Bouchard comes in as a good value play with one of the lower salaries at his position. He’s heading to Detroit to play a Red Wings team that is 29th in getting shots on net and really doesn’t possess the puck for much time in general. This will set the oilers up to play their style of hockey which will mean generating chances from all over the ice. Bourchard who sees about 21 minutes of flying time a game will be in a good spot to benefit from this. So far in 10 games, he’s generated 6 points mostly in the form of assists but he does have a goal and is in a really good spot to add more tonight. We’re projecting a return on your fantasy investment nearing 2.5x on FD causing him to be targeted in 75% of our lineups however on DK his usage drops slightly. Since he’s a bit pricier his, his projections aren’t as flattering but that shouldn’t scare you away. He’s one of your top defensemen targets and recommend him for both cash and GPP.

Jeff Petry – Petry plays for a bottom tier team in the league but he always has an upside given the time he spends on the ice. He leads Montreal with 24min spent and tonight will be up against Jonathan Quick in net who is subpar on the road with a 1-2 record. When you fact in Petry’s price and lack of interest from the competition, he becomes a considerably good GPP play. He isn’t targeted in an overwhelming percentage of our lineups and the game he’s playing in isn’t expected to be high scoring but potential is still there. If the Canadians get goinf tonight he could be the reason why and the probability of him touching the puck is extremely high. We’d recommend him as a good dart throw in a GPP contest with his expected fantasy production to be nearing 2.2x on FD and slightly less on DK.

Nikolaj Ehlers – Ehlers is a 2nd line producer that is overlooked as far as fantasy salary is concerned. Currently listed below $7,000 on both platforms with the potential to produce nearly 3x that amount, Ehlers becomes a player with tons of upside tonight. He’s been able to generate 8 points in 11 games despite only seeing the ice for 19min a game and frequently takes advantage on the powerplay. This could be a key angle against the Blues who play a very undisciplined style of hockey, listed next to dead last in penalty minutes. Ehlers also isn’t projected to be owned by a high percentage of the field making this a suitable GPP option. We’ve targeted Ehlers on DK in 88% of our lineups due to the fact that his salary doesn’t exceed $5,500 however on FD, his price is spiked making him slightly less valuable. Nevertheless, we’ve still included him in north of 50% and recommend him as a good target tonight. 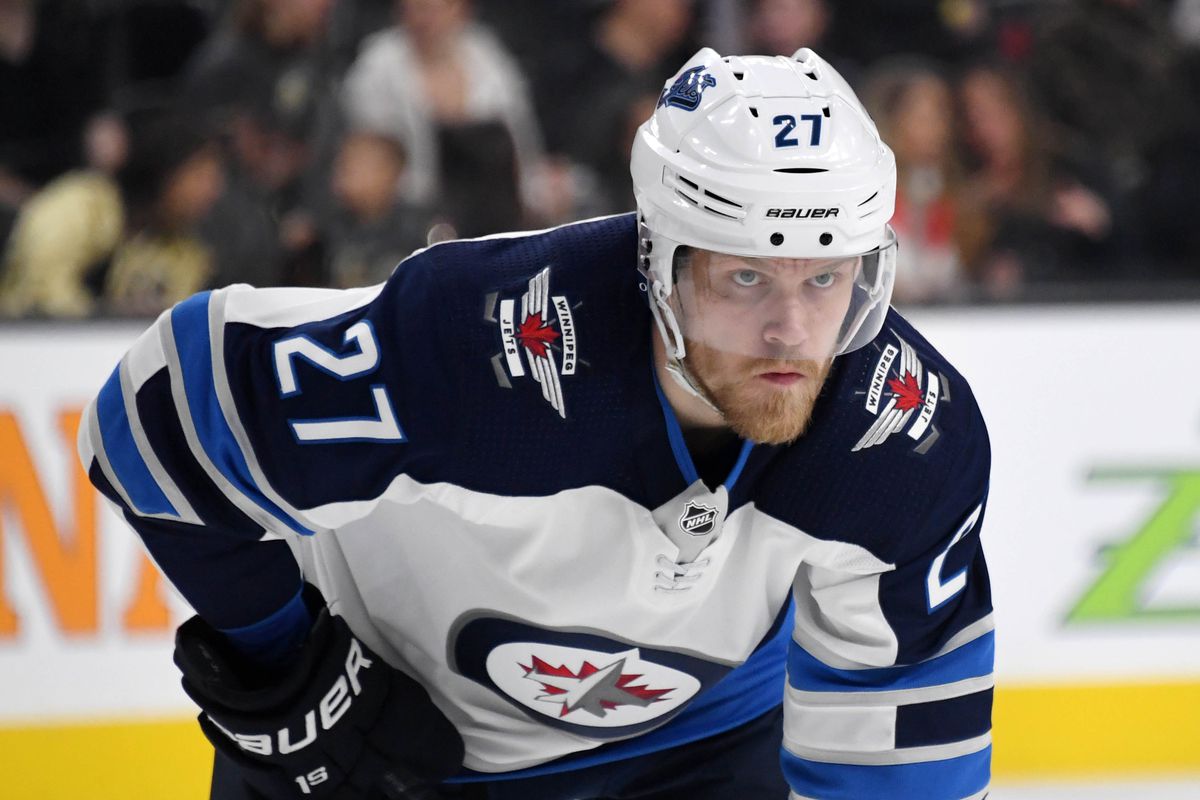