The NHL comes in tonight with an 11 game slate which might make it slightly difficult to narrow down targets for your DFS lineup. No worries, no matter what type of contest you play, we’ve run the numbers and determined the top targets on the slate. Take a look at a few of the guys we recommend…

Artemi Panarin – Panarin comes in tonight as an elite start for both cash and GPP. All around the Rangers are one of the hottest teams in hockey right now and tonight they’re going up against a Canadians goalie who’s making his first start in net. Panarin is a team leader in minutes on ice with nearly 20 a game and is also at the top of the list in points where he’s averaging 1 per game. His listed salary has seen an increase as a result of his performance but there’s still value to be found on both platforms. We’re projecting a return on your fantasy investment nearing 2.2x his cost on fanduel and slightly less on DK where he’s priced slightly higher. We recommend this as a good target for both contest formats and have included him in at least 75% of overall lineups.

Frank Vatrano – If you’re looking for a good dart throw in GPP I think Vatrano is a good option at his price. He’s played in all 15 games for the Panthers and although hasn’t stood out on the stat sheet or in the minutes column, he’s been productive on the ice. He has an assist and 3 goals on the season thus far, one of which coming on a powerplay which indicates his ability to capitalize with an extra man on the ice and against the Flyers who are below average in killing off the powerplay, this could come into effect. He’s extremely cheap with a very high upside and we’re projecting a return on your fantasy investment as high as 3.3x on DK and because of this, he’s been targeted in north of 90% of our lineups. On FD his projections are slightly less flattering but even still he’s included in almost 50%. this an excellent target for a GPP contest.

Bryan Rust – Rust comes in as another good target for both Cash and GPP play. He’s only played in about half of the games for the Penguins so far this season but has already accumulated a few points in the form of assists and once when he found the back of the net. He also is one of the team leaders in minutes on the ice so he has one of the highest probabilities of making something happen for the Pens who are coming off a really bad loss to the Caps and should be fired up tonight. He’s a pretty cheap option in terms of listed salary and we’re projecting him to generate more than 2x his cost so we recommend considering him for your lineup. He’s also being over looked by the majority of the field which increases his GPP stock significantly. We’ve targeted him for about half of our lineups on both FD and DK.

Tony DeAngelo –  DeAngelo is on the cheaper end of the salary board as well and is in a very good spot to produce tonight. We’re projecting as return on fantasy investment nearing 2x for the Carolina defensemen and we’ve targeted him in about half of our lineups on both FD and DK. Like the other canidates on the list, DeAngelo is one of the team leaders in ice time and he is currently leading in assists with 11. To add on, he’s found the back of the net this season from the blue line twice and is always in a good spot to generate fantasy production. We’re recommending DeAngelo as a great start for cash and a good one for GPP as well given the fact that he’s overlooked when being compared to other options at this position. 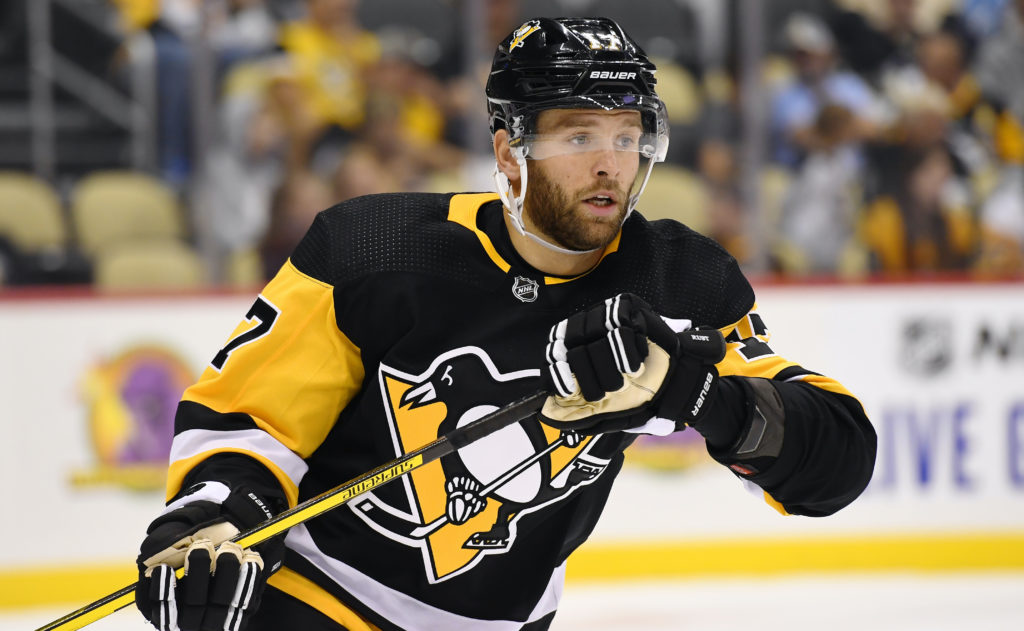