On Saturdays College football does a good job of occupying the attention of most but this however doesn’t mean we should forget about DFS. With an 8 game slate beginning at 7pm EST, it seems that NHL is going to take the spotlight tonight. If you plan on taking part in a contest, check out the players we’re targeting for our lineups.

AUSTON MATTHEWS –  Don’t waste your time with guys like McDavid and Mackinnon when Matthews is sitting there at $1,000 cheaper. He doesn’t jump off the page statistically but this is somebody who continues to appear in our lineups at an extremely high rate. He’s only played 5 games but has both a goal an assist and continues is amongst the top of the list in terms of ice time. As a whole the Leaf’s haven’t gotten off to the hottest of starts but they’re set up in a good spot tonight against the Red Wings and when they finally get it on track, Matthews is going to be a big reason why. Matthews is once again projected to return anywhere from 1.9-2.4x on your investment which is far beyond some of the pricier selections at the position. The attention is also elsewhere tonight given that the field of players to chose from is much larger than normal making this a good start for both cash and GPP.

MITCHELL MARNER – We’re going after Marner for a few reasons, the largest being the value that comes in stacking him with Matthews. The matchup for the leaf’s is solid tonight and we’re looking to exploit it any way we can. Marner is a slightly underpriced selection that is projected to return nearly 2x on your investment on both platforms. Like Matthews, he’s always on the ice for at least 20min a game and when he is, he seems to continuously find spots to generate points. This could be a contest winning stack if both players have just a slightly above average game being that again, the player pool is extremely large and ownership of Marner at his position will be at a minimum. We recommend this start for both cash and GPP as well but above all else include him in lineups with Matthews.

MIKE MATHESON – In the price range of just $3,600- $3,800 but the potential to produce nearly 3x that amount, Matheson becomes an extremely viable dart throw on tonight’s slate. The Devils seem to have trouble generating any type of offense and on the other end of the ice allow about 3 goals per game. It also doesn’t help that Scott Wedgewood is expected to be in net tonight who currently has an 0-2 record with just a .878 save percentage. To add, Matheson has shown the ability to be a fantasy producer and though this may not exactly be on a consistent basis, we feel the upside is there tonight. He’s in a really good spot and won’t be targeted by the majority of DFS players so definitely target him for GPP contests. The price is definitely right. 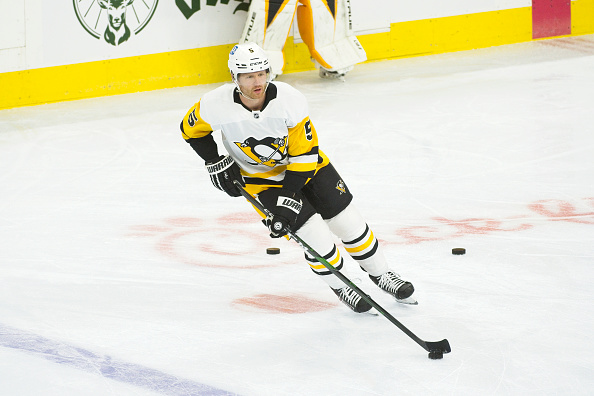