Monday Night Football gets underway tonight between the Bears and The Steelers at Heinz field in Pittsburg. The Bears are traveling as 7 point road favorites and this is expected to be one of the lowest scoring games of the week with the total set at just 40. It may be just 1 game but the DFS board is full of play makers so if you’re looking to set a lineup, checkout the who we’ll be targeting in our contests.

Najee Harris – I would say the Steelers first round pick is doing a pretty decent job of living up to his expectations given his surroundings. The Steelers aren’t a very efficient offensive team in general and tonight the Bears are going to come as a test. The Bears strength is on the defensive side of the ball but really they just pressure the QB effectively. When it comes to stopping the run, they’re slightly below average allowing 125 yards on the ground per game and this should be easily exploitable for Harris who averages just under 4yds per carry. Harris is the most expensive fantasy option tonight but for good reason and we’re projecting him to return just under 2x his worth. He’s going to be a chalky play in the majority of lineups so definitely a better cash play than GPP.

Chris Boswell – Everything in this game points towards it being low scoring. These teams are both very efficient on defense but not so much on offense. This should generate field goal chances on both ends from all different distances. It’s not particularly easy to kick in Pittsburg but our projections love Boswell tonight at his price which differs based on what platform you utilize. On DK he’s listed at $3,800 which is very undervalued at his projection and because of this he’s found a way into 70% of our lineups. On FD his price is spiked and he is included less but still worth a look. Given the low scoring projection on this game, if there was every a DFS night to target a kicker, it would be this one. I would say both Boswell and Santos are good starts but to target one, I think Boswell is safer.

Chase Claypool – To be clear I’m not a huge fan of any receiver starts tonight but Chase Claypool is recommended by the projections, clearly we’re big on the Steelers tonight. Claypool gets about 7 targets per game where he’s able to generate 15yds per catch. The only problem with this is that he drops half of the passes that come his way. Nevertheless, the potential for a big night is always there and if you want to target a receiver, go with one who is proven but also not overly expensive. Claypool is slightly cheaper than his partner Deante Johnson yet projected to do just the same. The upside may be a little higher with Johnson given the amount he’s targeted but the Bears defense is solid against the pass game and will make it difficult all around. We’ve targeted Claypool in more than half of our lineups and recommend him as your top receiver play. 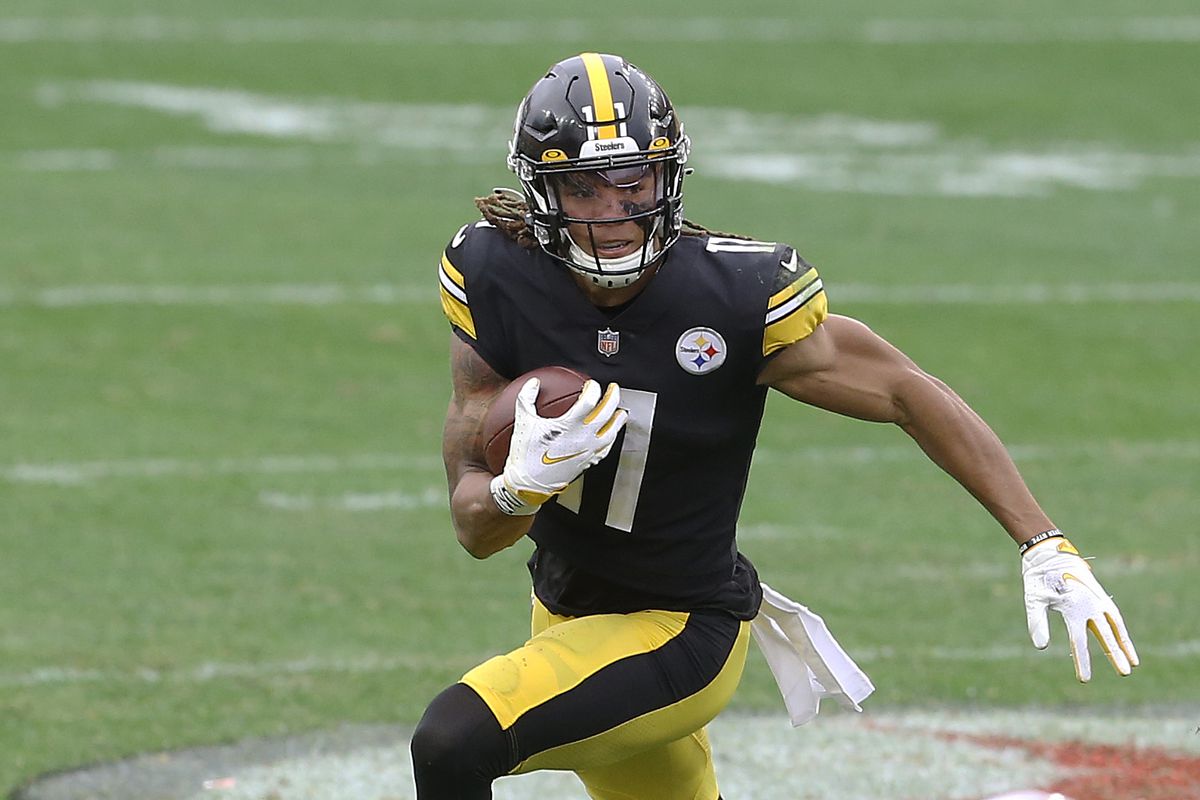