The final stretch of regular season games in the NFL begins tonight with whats expected to be an AFC West shootout. Currently the Chiefs sit on top of the division with a 9-4 record and are on a 6 game win streak. The Chargers are right behind them in 2nd place with an 8-5 record and have a mini 2 game win streak going of their own. Tonight the DFS board is full of playmakers from top to bottom which sets us up for a very exciting night. Check out a few guys we recommend including in your lineup…

Chiefs RBs – With this im referring to both Clyde Edwards Hellaire and Darrel Williams but the reason i haven’t selected one is because they’re used very similarly but on different platforms. On FD, our projections favor CEH by a wide margin but on DK this is flipped towards Williams where he’s utilized in 75% of our lineups. The Chargers have been extremely susceptible to the run all season long and as a result rank next to last in allowing yards on the ground per game. This lineups up well for a Chiefs offense who has caught lighting in a bottle the past few weeks and have found success with all parts of their offense. Of course there’s a difference in price between the two but regardless they’re both pretty safe targets and should see good activity tonight.

Mike Williams – Williams has had a fantastic fantasy year as the #2 guy on the Chargers receiving core and while most attention is focused on Allen, he sits undervalued and ready to make an impact to your lineup. He’s priced nearly $4000 cheaper yet you can expect nearly the same return on your investment given that Herbert seems to have a new favorite guy every week. He’s been utilized in about half of our lineups on DK but on FD this number drops into the 20s. Nonetheless, the Chiefs defensive secondary is the weak point of their team and has been above their heads. The total in this one is set at 53 and is still on the rise which indicates points. If points are to come it’s likely that we see them frequently and through the air. Take a shot on a guy like Williams who has the same upside as Allen but with less expense.

Byron Pringle – Byron is another undervalued guy that’s worth taking a look at. We’re going to stick with the theory that points should come with ease tonight which means opportunities for guys like Pringle may not be so far and few in between. The Chargers rely heavily on their secondary to keep them in games and they’ve been pretty effective with this game plan. If guys like Tyreek Hill and Kelce are covered up, look for some responsibility to fall in this direction. Pringle isn’t the sexiest name on the board by any means but across the board he’s still included in about 37% of our lineups which definitely makes him worth a look. He’s cheap and shoot out type games like these are where he can thrive. Maybe take a shot on Pringle in a few of your lineups. 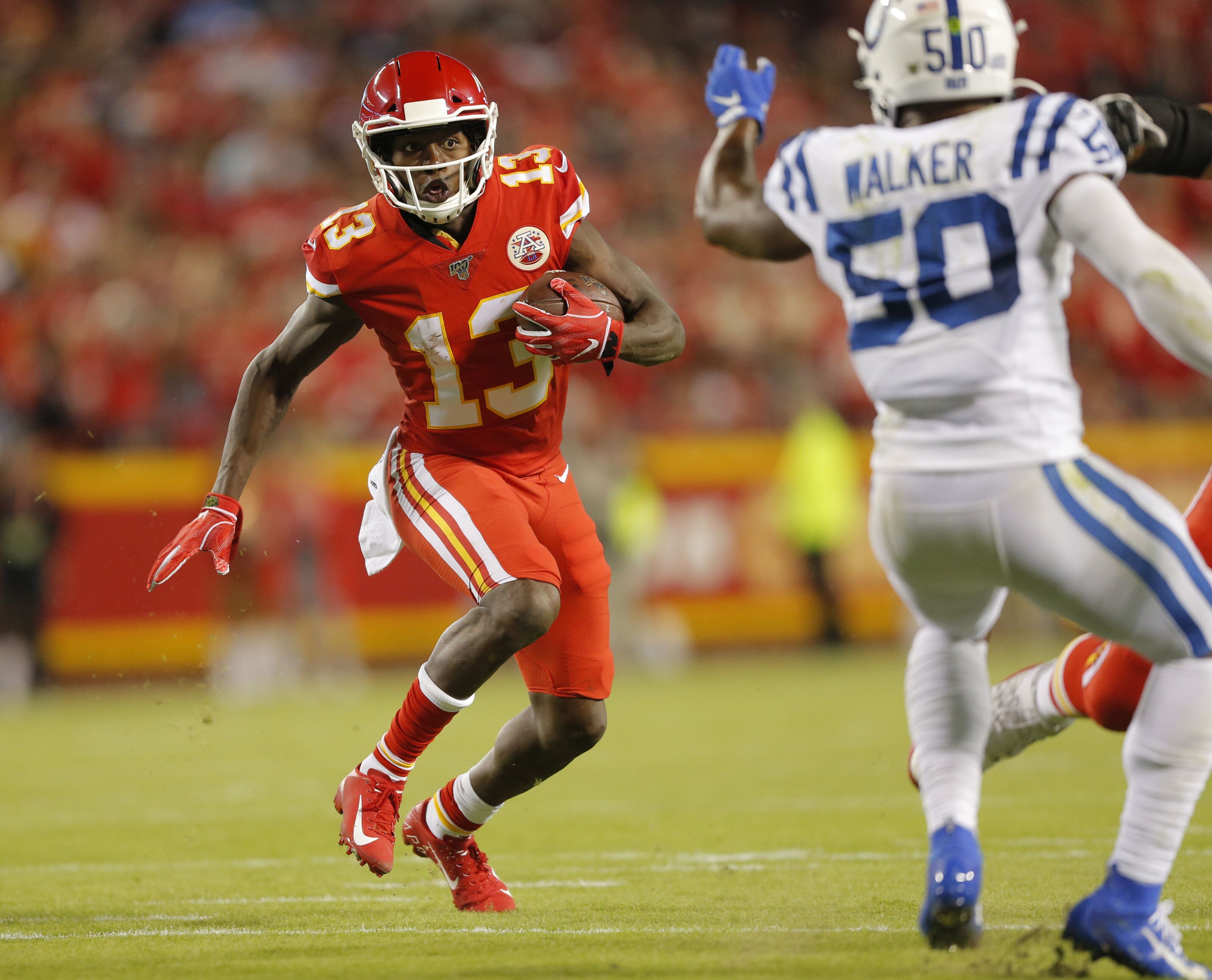