The NBA is in full swing tonight with 10 games on the slate. If you’re having trouble narrowing down the field of DFS targets for your lineup, check out a few guys we have our eye on tonight. Our tools and projections are sure to help you dominate your next contest!

Dennis Smith (POR) – At the price you’re getting to include Smith in your lineup, we recommend him as a key value start. He’s listed slightly higher on DK at around $5300 but regardless of what platform you play on you can expect more than 6x return on your fantasy investment. Smith is capable of generating just over 1FPPm and comes in with some upside given his matchup and expected increase in minutes spent on the floor. Reggie Jackson is a slightly below average defender, typically allowing his guarded players about 1% more more production then their average per minute which doesn’t seem like a huge edge but lines up well for someone who has a history of out producing his salary. Tread cautiously for GPP contests as this is somebody expected to be used by nearly half the field but for cash contests he is ideal. Consider targeting Smith for your lineups tonight. 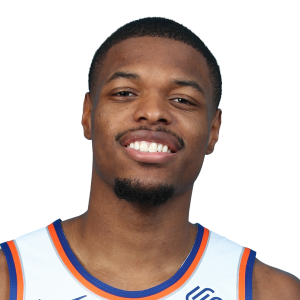 Isaiah Stewart (DET) – Stewart has had the hot hand as of recently and tonight we like this trend to continue. He’s expected to be targeted by about 31% of the field so this too may be a better cash start then GPP but nevertheless he’s been included in no less than 92% of our lineups tonight. On FD this is an elite target at his price which has been trending up based on his previous two performances and even still you can expect a near 6x return on your investment  just like with Smith. His matchup is extremely favorable against Jeramiah Robinson-Earl who still hasn’t quite adjusted to playing defense at a professional level. He tends to allow his guarded players 15% more fantasy production per minute which is going to be easily exploited by Stewart who is capable of generating just under a fantasy point per minute himself. Consider Stewart as a target tonight depending on the contest you intend on playing. Kelly Oubre (CHA) – Oubre comes in as another good value start tonight so lets go ahead and make that the theme. This is a bit more risky than the first two targets listed however the upside is still there given his salary. Tonight he’s listed at $5800 on both platforms but he’s been playing well about this salary in recent performances to this is another case of riding the hot hand. His matchup isn’t exactly favorable tonight but it doesn’t hurt that he’s expected to see a noticeable boost in playing time. This may be a better dart throw than anything else for a GPP contest but if you’re willing to take the risk for a cash game, our numbers project he has the potential to return nearly 5.75x the investment. We’ve included Oubre in just over 70% of our lineups on DK but on FD this number drops significantly into the 40s.