8 games to take a look at today in the NBA which is a nice sweet spot where DFS is concerned. We’ve crunched the numbers on tonight’s slate and came up with a few guys that should be worth a look. If you’re having trouble setting your lineup, check out who we have our eye on…

Khris Middleton (MIL) –If Middleton goes tonight you should be firing him in just about every lineup. He’s somebody who can generate a fantasy point per minute on a team missing the majority of their starters. Whether it be an injury or Covid-19 related, the Bucks are crippled so look for Middleton to carry the load. To no surprise he’s expected to see a significant boost in time spent on the floor which generates upside and to add on his matchup is extremely favorable. Herbert Jones tends to allow his guarded players nearly 10% more fantasy points per minute then their average and given the circumstances, tonight this should be exploited. We’ve included Middleton in no less than 90% of our lineups across the board and recommend him as a great start for all contests. His projected ownership is boosted but you can expect a near 6.4x return on your investment so at his position he’s a top guy.

Jusuf Nurkic (POR) – On Fanduel this is our top start and you’re getting excellent value for the price he’s currently listed at. He’s sitting at just $6500 which is a listed salary that he’s exceeded in fantasy production in his last 3 performances. We’re expecting more of the same tonight given the multiple factors that are working in his favor. He averages just under 1.2 fantasy points per minute and tonight he’s in a great spot to play above this. His matchup is against Mason Plumlee who doesn’t defend very well and gives up about 8% more fantasy points per minute to his guarded players then their average. He’s also going to see a boost in minutes which should help him to return nearly 6.22x his salary in fantasy production like we’re projecting. His ownership is also on the higher end but he’s a guy that you don’t want to exclude. Give him a look for the majority of your contests. 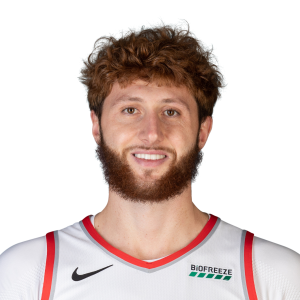 Lebron James (LAL) – Of course this is one of the most expensive options on the board and if he’s included, you’ll need to set your lineup accordingly but lets build a case for why this is a good idea. Firstly we’re projecting a return on his extremely high salary nearing 5.5x. That’s pretty average for everybody else but those numbers mean much more for the expensive players. This basically indicates Lebron is in a great position to carry the entire lineup. Will he? No idea but he’s in a good spot. He generates nearly 1.4 fantasy points per minute and tonight is matchup up against Jarred Vanderbilt who has a below average DVP. He’s also expected to see a boost in minutes bringing slight upside to someone who needs none and when you look at his projected ownership, he’s certainly worth the salary space. Definitely take a look at Lebron for cash contests and throw him in a GPP or 2 as well. 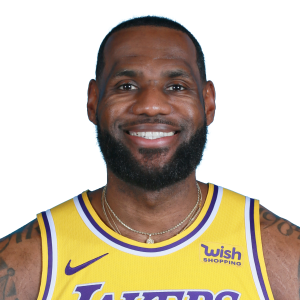