If you’ve been following along with our top starts in the NBA, you’re probably doing pretty well. We’re back at it again tonight with a 10 game slate and a few targets that we think can help you cash a contest or two. If you’re having trouble narrowing down the field, check out who these guys are.

Georges Niang (PHI) – Niang is an elite target target tonight for a few reasons. First and foremost, his matchup is extremely favorable up against Chimezie Metu who allows on average 15% more fantasy points per minute to his defended players. Niang isn’t the most productive fantasy target on an average night but of course he’ll be able to capitalize on this and he should be able to do so numerous times. He’s also expected to see a boost in time spend on the floor which means his ceiling is higher then normal creating value. He’s not the best GPP target given he’s expected to be targeted by nearly 30% of the field but in cash contests he’s solid. To be clear, he’s still an above average GPP target within the price range he’s currently at and if started you can expect a return on investment as high as 7.4x on DK. We recommend considering Niang for the majority of your lineups as he’s included in 100% of ours. 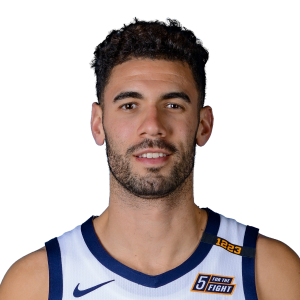 Brandon Ingram (NO) – Ingram comes in tonight as a pretty highly regarded target by our projections. Tonight he’s been utilized in about half of our lineups on FD but on DK this number jumps up into the 80s. Tonight the greatest upside with Ingram lies within the extra time he’s going t0 be on the court for. He’s expected to see a noticeable boost in minutes against a Anthony Edwards who tends to give up nearly 2% more fantasy points per minutes to his guarded players. Ingram himself can generate just over a fantasy point per minute so when you add all of these factors up, he’s in a very good spot tonight. This is a pretty fair target for both cash and GPP given his projected ownership is set at less than 20% and if started you can expect a near 5.4x return on your investment. This is also someone who consistently out preforms his listed salary making him a trustworthy start. 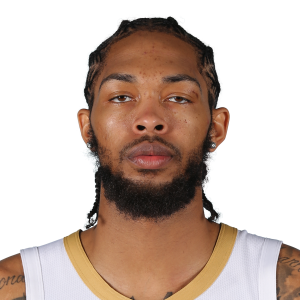 Bogdan Bogdanovic (ATL) – If you’re looking for a GPP target with a high upside Bogdanovic is your guy. His value comes in 2 forms: His matchup and his projected ownership. He’s not an overly impressive fantasy producer on his own but tonight he’s expected to be guarded by Luguentz Dort who allows on average 7% more fantasy points per minute to his defended players. Bogdanovic sees a respectable amount of time on the floor on a regular basis so he should have no problem capitalizing on this tonight. He’s listed at a fairly cheap price and we think you can expect a near 5.3x return on your investment if started and when that’s factored into his projected ownership which is less than 1% think because an extremely valuable target. We think it’s a boom or bust type night for him so we recommend targeting him as an above average start for GPPs. 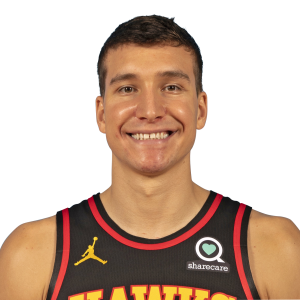