There are 9 games on the NBA slate tonight which means this will take the DFS spotlight heading into the weekend. If you’re looking to cash a contest tonight, take a look at a few guys we like to produce in a big way. Whether you play cash or GPP formats, our projections are sure to provide you with the edge you need to win.

Bruce Brown – Brown has sort of taken the spot of Robert Williams for which player we consistently utilize the most in our DFS lineups. At least for now. On both FD and DK, we’ve utilized Brown in 100% of our lineups and recommend him as an elite start regardless of what format you plan on playing. Tonight he has a few things working for him including the value you’re projected to get when taking into account his salary. Despite consistently outproducing his cost, he’s still not listed above $5000 on either site and he’s also a pretty fair GPP target with his projected ownership at less than 20%.  His matchup is also favorable as he’s likely to be gaurded by Franz Wagner who has a very poor DVP, allowing 7% more fantasy points per minute to his gaurded players. Brown only generates about .89 fantasy points per minute as it is but when you take into account the noticeable usage boost he’s expected to see tonight, this becomes a play with a ton of upside. We recommend targeting Brown for your lineups tonight. 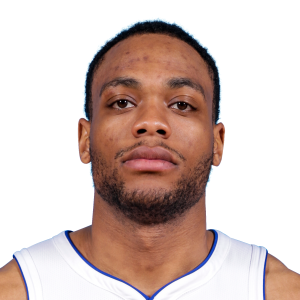 Mason Plumlee – Plumlee comes in as a good start taking into account a few things. He’s somebody who can consistently generate at least 1 fantasy point per and tonight he’s likely to be guarded by Myles Turner who typically allows his defended players to generate 2% more production per minute than their average. This alone brings some upside to this target and then when you factor in his price and expected ownership, it becomes a very good look for a GPP contest. He’s extremely similar to Brown in price and is expected to generate nearly 6x this amount. He’s not projected to be owned by more than 10% of the field so if he has a night, it could be a contest winner. We’ve targeted Plumlee in no less than 70% of our lineups on both platforms and recommend him as a great GPP option. 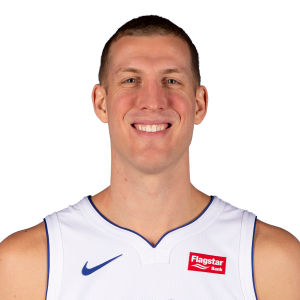 Domantas Sabonis – Sabonis is in a great spot tonight and we’ve targeted him in a very high percentage of our lineups on both FD and DK. This is a productive player on his own and tonight his value should be enhanced tonight given his matchup. Miles Bridges is a weak defended and tends to give up 3% more fantasy points per minute to his guarded players so while he’s on Sabonis, he should have his hands full. This isn’t an overly expensive start either though you’ll be paying a little bit more here than you would for somebody else at this position but we’re projecting it to be well worth it. Tonight he’s expected to generate about 5.2x his cost and recommend him as a good GPP start with an ownership similar to Plumlee. 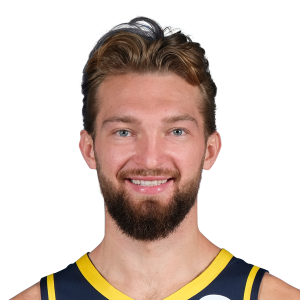