It’s been awhile since we’ve broken down a NBA slate but with 13 games to look at tonight it’s a great time to get back on track. When setting your lineups this massive field can be intimidating but luckily our projections show some value on a few guys at each position so if you’re having a tough time putting the peices together, let us help. Here is who we’ll be including in our lineups most frequently across the board at each position…

PG: Mike Conley (UTA) – Aside from being extremely reasonably priced on both FD and DK Conley has a few things going for him. To get right to the point, his matchup is extremely favorable and his minutes are expected to be boosted. A combination of these two things tend to be the theme of our targets but it’s just an emphasis on how important time spent on the floor is to fantasy and when you add a favorable matchup it tends to only contribute positively. Kevin Porter Jr is 13% below the league average in individual defensive efficiency and given Conley can generate above a fantasy point per minute without his defenders aid, he finds himself in a great spot tonight. He’s priced slightly higher on Draft Kings but only by $300 and no matter what platform you utilize you can expect him to return about 6x his cost in fantasy production. We’ve utilized him in not less than 75% of our lineups on both platforms and recommend him highly tonight. 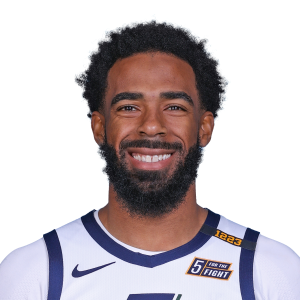 SG: De’Anthony Melton (MEM) – Melton his our highest targeted player of the night being utilized in a whopping 100% of our lineups on both FanDuel and Draft Kings. The real value with Melton tonight comes with his price. His listed below $4000 on both platforms yet expected to produce 7x that amount in tonight’s matchup. He doesn’t have a particular edge over Greyson Allen who’s only 1% worse than the league average when it comes to defending players but the Vegas total in this one is set at 228 and it’s expected to be played with the highest pace by far. His projected ownership creeps up into the 30s so probably a better start in cash contests then GPP but obviously a dart throw like this means you have more space to include guys like Jokic who are both expensive and safe. At his position he’s by far the most valuable play which is why you should definitely give Melton a look tonight.

SF: Jayson Tatum (BOS) –  This is somebody on the more expensive end yet projected to produce at a high level and has been utilized in in the majority of our lineups on both platforms although much more of a priority on Draft Kings where his price is $400 less than FanDuel. Tonight he’s matched up against Gordon Heyward who has an individual DVP that’s 9% worse than the league average and given Tatum’s ability to generate about 1.2 fantasy points per minute this is a matchup that lines up for him well. His projected ownership also factors into his value as well being that it’s below 10% on both platforms. He’s expensive but if he preforms to his capability he could be the reason for separation from the field. At his position he’s projected 2nd in fantasy points only behind Lebron James so we recommend considering him when setting your lineup for sure. 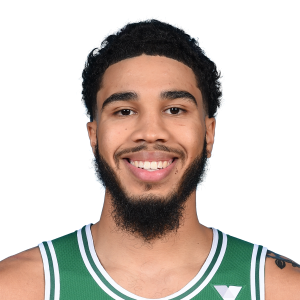 PF: AJ Horford (BOS)  – Horford has been underwhelming in recent games to say the least in terms of his performance vs his salary but tonight you’re getting an excellent chance to buy low on him. He’s currently listed at just over $5000 on both platforms when just over 2 weeks ago he was well into the 7000s. Despite the decline he’s still somebody who can generate a fantasy point per minute and although his matchup isn’t ideal it’s definitely an added bonus that you can stack him with Tatum if you choose to set your lineup that way. It might not be the worst idea considering this game is in the top half of games target indicating that fantasy production will be found here. In terms of usage and value, he’s been targeted in about 40% of our lineups on both platforms and you can expect a return on your investment nearing 6x in production. He’s reasonably priced and brings upside to your lineup which makes him a valid consideration on for tonight’s slate of games. 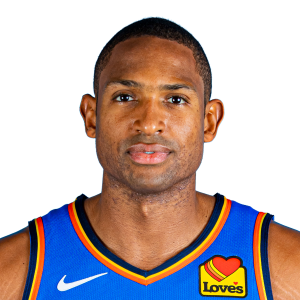 C: LaMarcus Aldridge (BKN) – Aldridge is the most valuable big man you can play tonight in terms of salary/expected production. His matchup isn’t clear yet but he’s expected to see a significant boost in usage tonight which of course means a greater opportunity for production. He generates on average a fantasy point per minute and when you factor in his salary which doesn’t exceed $5000 on either platform, he could contribute in a large way tonight. This is another spot where just like with Horford, you’re getting a chance to buy low on someone who has preformed much closer to their floor then their ceiling in recent games and as a result has seen a salary decrease. We’ve utilized Aldridge in a heavy majority of our lineups on both platforms and recommend him as a play strongly tonight.