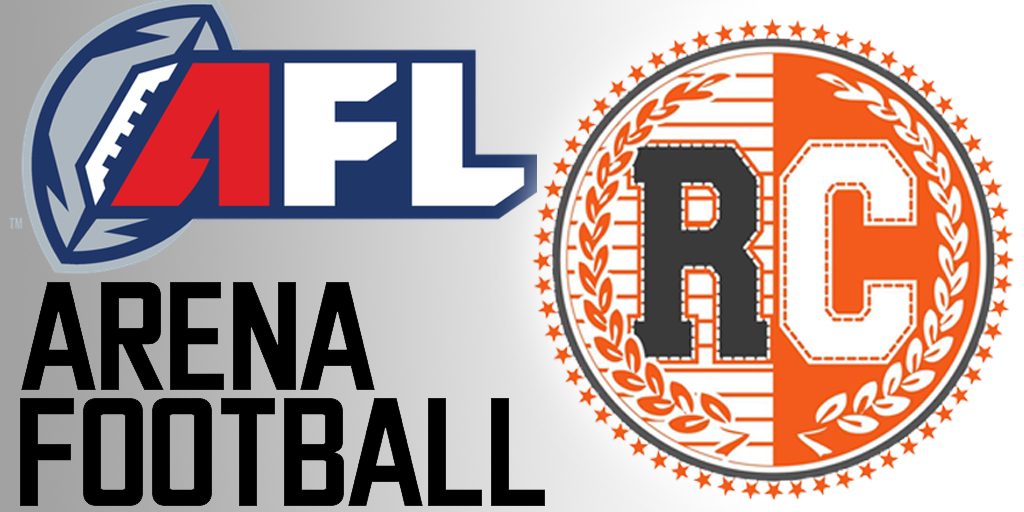 With the recent news that the Arena Football League and DraftKings have partnered, it’s time to look into AFL DFS!

What’s up degenerates. As many of you know I run the College Football page here on RotoCurve, but seeing as how Arena Football has entered our lives I thought I would get a page up so my thoughts are a bit more tangible instead of just reading them as messages on Slack. As it stands now this is not going to be a weekly article, but I will attach my thoughts and we will see the interest in this going forward.

Here is a direct link to the DraftKings scoring.

Nothing too crazy here as most scoring is similar to NFL or NCAAF scoring. The only major difference here is DraftKings has chosen to use the “showdown” method for a multiple game slate. That means you will have to choose a captain which costs 1.5x more but scores points at a 1.5x multiplier.

Another important thing to factor in here is though Arena Football is high scoring and played on a smaller field, running backs (or full backs as they are usually refereed to) are basically useless for fantasy sake. The top running back in the league last year only had eight touchdowns. There is also points awarded for kick returns, however there were just three kick returns in the 2018 season.

This will be the third time Columbus and Baltimore have met on the season and both previous match ups have been very good from a fantasy perspective. Grant Russell put up 38 fantasy points in his last match up with the Brigade while Shane Boyd has averaged 35 in the two match ups. Boyd is carrying a questionable tag on DraftKings but isn’t in any real danger of missing this week. On the receiver side of the ball I am still on #TeamFade when it comes to Destroyer receivers as the names seem to change week to week. Fabian Guerra is definitely a great GPP play this week but my exposure to him won’t be as high as some other guys. Brandon Collins and Joe Hills have both cleared the 20 fantasy point hurdle in both match ups with Collins erupting for a 41 point performance just a few weeks ago.  This is my favorite game to target from a stack stand-point this week.

The Atlantic City offense is going to be the real make or break team this week as Kendrick Ings has been placed on IR and obviously won’t play. That propells Antwane Grant and Rashad Still into more targets in the passing game.  Grant had a true coming out party last week against Albany, catching 11 passes for 177 yards and four touchdowns. We have to be careful not to chase the huge game too much but at just $7,000 it is hard to not focus ownership on Grant. LaMark Brown’s workload is the one that I don’t think will change much but even with his given workload he has shown 60+ point upside. In the end this match up will also come down to who is starting at quarterback. Warren Smith got the start for an injured Randy Hippeard and tossed seven touchdown passes. With Hippeard still yet to practice this week I don’t think we will be seeing him. To quickly touch on the other side of the ball, the Valor fantasy points have been spread wide between five receivers and with them all healthy and active I don’t see much of a reason to try and pick between McNeil, Epps, Gray, Dangerfield, and Reese. Nelson is the only relevant fantasy name outside of absolute dart tosses.

Bj Bunn has become the most consistent receiver in the Soul offense, averaging around 22 fantasy points per over his last four weeks. Darius Prince has seen his price drop substantially but back to back weeks under 20 fantasy points will do that to you. I think Prince is a great tournament option but carries some risk. Truth be told, the Soul offense has been bland and boring the last few weeks and Raudabaugh hasn’t cleared 300 yards passing in six weeks. I don’t have much interest in Philadelphia.  On the Empire side of the ball it is business as usual. Quenten Sims and Malachi Jones remain the best 1-2 punch in all of the AFL. Sims is absolutely on fire with back to back over 52 fantasy point performances and 14 touchdowns over his last four games. I don’t like chasing performances much but Sims is going to be a near 100% start for me this week.