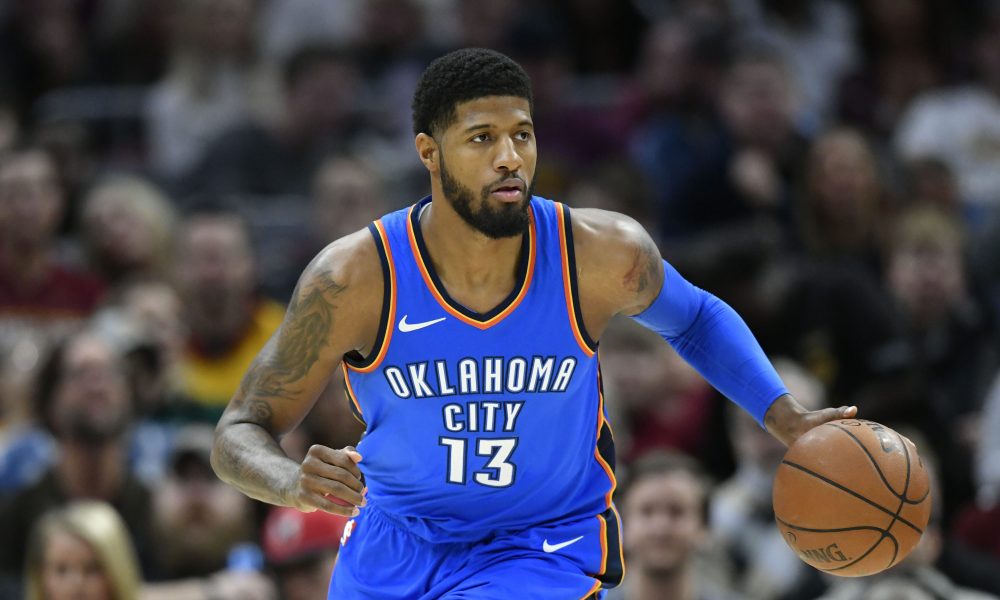 Russell Westbrook closed the first half of this NBA season with 11 consecutive triple-doubles, the longest streak in the history of the league, passing Wilt Chamberlain’s mark of nine back in 1968. It is an incredible feat, averaging 21.9 points, 13.5 assists and 15 rebounds per game during that stretch. And still, it hasn’t been the most impressive thing to come out of Oklahoma City this season.

In case you’ve been living under a rock in the basketball world, Paul George has been one of the three or four best players in the sport through the first half of the season. George is averaging 28.7 points (2nd in NBA), 4.1 assists, 8.0 rebounds and 2.3 steals per game, the most in the league. At 6’9″, 220 pounds, George is the perfect build for an NBA player. He has the size and strength to defend multiple positions, the athleticism to blow by and power through the opposition and the shooting ability to not just keep them honest, but often intimidate them. He showed signs of becoming the next superstar of this league back in the 2014 playoffs when he went toe-to-toe with LeBron James and the villain Miami Heat, averaging 24.0 points, 5.3 rebounds and 4.0 assists. Then he unfortunately suffered that gruesome injury while playing in the USA basketball showcase that appeared to be devastating. Fast forward back to 2019 and George doesn’t just look like the player that most imagine he could be.

In his age-28 season, George is thriving in basically every facet of the game. Offensively, I already pointed out that only James Harden is averaging more points per game. But it’s his efficiency that has been the most impressive part. According to NBA’s Player Tracking data, among players logging at least 25 minutes per game this season, George ranks first in points per touch (0.503). Among the top-10 leaders in points per game this year, George easily has the lowest usage rate and touches per game at 57.0. He’s been mediocre in terms of scoring from in close but doesn’t even rank inside the top-30 in the league in made field goals per game from within six feet of the basket. Instead, it has been George’s killer stroke from beyond the arc that has propelled him into MVP consideration this season. George is shooting just over 40 percent from three, which is top-24 in the league, but keep in mind he is taking 9.6 triples per game. A lot of his shots are of the extremely difficult variety, too. PG is 11th in the league in pull-up field goal attempts (8.4) per game, while averaging the eighth-most such points per game (8.4). He has been lights out when pulling up, but especially when pulling up from beyond the arc, shooting 41 percent off pull-up threes this season, second to only the great Stephen Curry among players averaging at least two attempts per game. He has gotten to the point this season where he is so confident that he’s just launching from wherever with whoever anywhere close to him. George is shooting 48 percent on three-pointers where the defender is within 2-4 feet of him (tightly contested), which is a ridiculous mark. And his 50.1 percent effective field goal percentage on pull-up shots is good for 12th in the league. The confidence that he is playing with, especially off that play type, is seriously dangerous right now. At 6’9″, George has the length and size to create mismatches all over the floor and he knows it, which is honestly frightening for opposing defenses.

Playing alongside Westbrook can be difficult at times but George has made it work. You don’t see a massive amount of isolation possessions from George because Westbrook is dribbling so much. However, he has been an above average catch-and-shoot player, averaging the sixth-most points per game off the play types (7.0), while shooting 41 percent of catch-and-shoot triples to this point of the season. His fantastic shooting has been huge for an Oklahoma City unit that otherwise is lost from beyond the arc with Westbrook shooting so poorly and the team lacking many shooters around him. As you’d expect, George has had so many big scoring nights, as 25 of his 56 games have ended with at least 30 points (44 percent), while he’s finished with at least 27 in seven additional games. The All Star Break came at a bit of an annoying time because during the month of February (seven games), George is averaging a ridiculous 38 points, 7.7 rebounds, 5.0 assists and two steals per game. 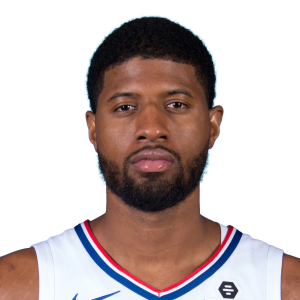 Perhaps the most impressive aspect of George’s career campaign is the fact that no matter how good he has been offensively, he matches it on the defensive end. He leads the league in steals per game, ranks second in overall deflections (203), second in defensive win shares and first in loose balls recovered (123). George has also contested a healthy 225 triples this year, good for the eighth-most in basketball. Oklahoma City’s defensive rating drops over 18 points when George comes off the floor, while no player in basketball is sporting a higher real plus-minus than the Thunder forward (8.44), presenting the argument that, at least right now, no player is making a bigger impact on their team’s success than George. Yes, I know that James Harden has been carrying the Rockets for much of the season and has quietly been a bit better on the defensive end. But George is ahead of him in real plus-minus, as well as Cleaning The Glass’ expected wins metric, while the Thunder are a plus-11 when he’s on the court. And as far as defensive real plus-minus, George is the only non-big man inside the top-12 (he’s 9th).

All year long, PG13 has been consistent and reliable, missing just one game so far. He has led the Thunder to a top-12 defensive unit in terms of points per game allowed, while only Indiana, Utah and Milwaukee are sporting a higher defensive efficiency. George has consistently been relied on heavily on both offense and defense, as he is the guy that covers the opposition’s top scoring option. He defended James Harden for 39, 32 and 42 possessions in their three meetings, as well as Kevin Durant for 32 and 46 in the two meetings with the Warriors. That type of value is irreplaceable and it gives the Thunder a legitimate chance to compete with any team in the NBA right now. Because of his efforts and efficiency on both sides of the ball, George isn’t just in MVP consideration. He is now firmly in the race, right there with both Harden and Milwaukee’s Giannis Antetokounmpo. All three absolutely have stellar cases. Harden is having one of the greatest scoring seasons we’ve seen in a long time, while Giannis has been leading the best team in the NBA all year long with a stat line of 27.2 points, 12.7 rebounds, 6.0 assists and 1.4 blocks per game. And, well, we’ve clearly already made the case for George. If the Thunder keep ripping off wins and remain inside the top-three in the Western Conference standings, George is going to have as good a shot as anyone to take home the trophy, barring injury.

There are a handful of things I am excited to watch during the final stretch of the NBA season. But this MVP race is the most intriguing storyline. And yes, it is a race.

Thrive is the new way to play DFS

Pick Your Side Of The Props!

Make A Lineup In Minutes. Pick 10 Out of the 20 Total Player Prop Options.

Rack Up Points When You Pick the Correct Side!

– Make a bet and/or enter a few contests!

– Email [email protected] with your Thrive username and RC username, and if you have deposited and played on Thrive, we’ll give you a free week of RotoCurve NBA Access WITH Optimizer. If you are confirmed, we will then grant access.

Notice: If you do not deposit at least $20, you will not be eligible for the promo.